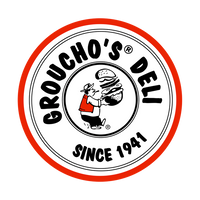 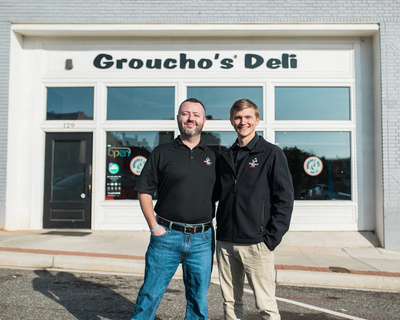 We are your neighborhood deli serving signature sandwiches that you can't get anywhere else. Located in Downtown Anderson, we serve food that is fast, fresh, and original! Try our popular Dipper™ sandwiches for a culinary experience like no other. Our STP Dipper, for example, is pilled with our special blend of roast beef, turkey, Swiss cheese melt and bacon crumbs on a fat sub roll with your choice of amazing dipping sauces. With so many sandwiches, salads, melts, and more - you're sure to find something for everyone. Our quick table side service and friendly atmosphere is inviting for the entire family. We pride ourselves on serving delicious food in a fast and friendly environment. We also offer catering and delivery on orders over $75! Consider us for your next event or family get-together. Stop by and experience Groucho's® Deli of Anderson, SC today! 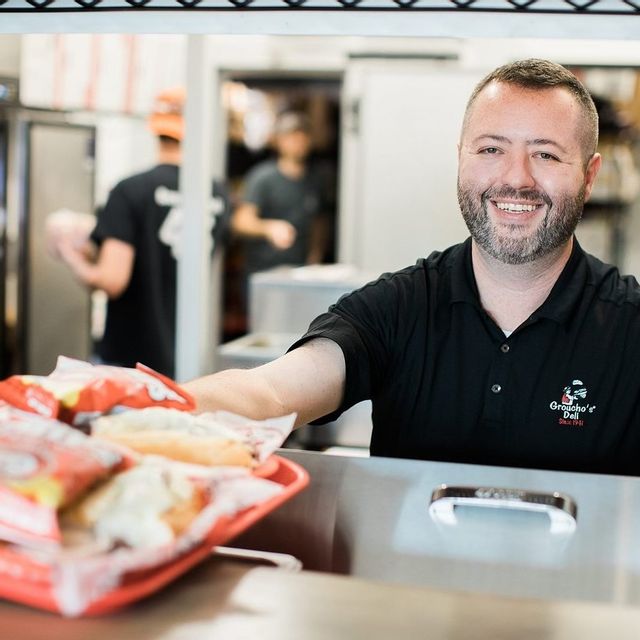 Serving Up More Than Sandwiches (As Seen On Anderson Current)

How Groucho's Deli Has Become a Fixture of The Community

“What really stood out to us is that Anderson had this existing infrastructure that most Downtowns don’t have,” continued Taaffe.

By now you’ve probably had the pleasure of dipping a cold turkey sandwich or hot ham and Swiss into a cup of the Famous Formula 45 sauce… but have you ever taken the time to get to know the two-man team that made Groucho’s Deli an intrinsic part of the Downtown Anderson community four years ago?

Traywick “Tray” Duffie started working at the Groucho’s Deli in Lexington, SC when he was 16 and realized pretty quickly that he wanted to own his restaurant one day. In 2012, Duffie transferred to Groucho’s Deli in Clemson and worked his way up the ladder. Later that year he met Nick Taaffe at Taaffe’s new Groucho’s Deli in Easley. Taaffe took notice of Duffie’s work ethic and positivity and together they set their sights on opening another location together.

In early 2016, Taaffe visited Downtown Anderson and noticed that despite the number of boarded up or empty buildings, Main Street was still bustling with activity.

“It felt electric,” said Taaffe with some trepidation of sounding cliché. It was shortly after that Taaffe and Duffie decided to make Downtown Anderson the new home of a Groucho’s Deli.

Taaffe also noted that there’s a camaraderie in Downtown Anderson unlike any other he’s seen. “I’ve been in the restaurant industry my entire adult life and I’ve never found one as open and welcoming as this one.”

The duo leased the vacant Whitner Street property next to Wren Park in the Fall of 2017 but due to construction and permitting delays, they weren’t able to open their doors until Valentine’s Day of 2019.

Long before their doors were open, Taaffe and Duffie began making frequent appearances at community events and Downtown Economic Development meetings, making as many community connections as possible.

By the Summer of 2019, Taaffe and Duffie had connected with several schools and non-profits and were doing their best to pay it forward. Groucho’s Deli as a franchise has always encouraged their owners to invest in their communities, but this Anderson duo has taken it a little further.

“I believe being a good neighbor brings benefits beyond the bottom line,” said Taaffe as he talked about their strong community focus. Together, he and Duffie, have found ways to partner with several local schools and athletic teams, local theatres, a multitude of fundraising events, and the Anderson Free Clinic.

Duffie sits on the board for Anderson Free Clinic. He is quick to promote their cause to create accessible health care in our community.

“I never knew how crucial it was until someone from our restaurant needed that care,” said Duffie. “The Free Clinic is something that I feel very strongly about supporting.”

You can often find Duffie taking cookie trays to the Free Clinic staff as a way of thanking them for the incredible work they do in our community.

“They wanted to plug into the community and they’ve been supportive from day one,” says Tammie Willmore-Collins, director of the Anderson Free Clinic.

“Whenever I come to either one of them, I’ve never heard ‘no.’ They are always open to ideas and any way they can help,” continues Willmore-Collins as she sings the praises of the Groucho’s Deli team.

Suffice it to say, Anderson is very lucky to have business owners like Taaffe and Duffie around. Think of what an amazing community we could have if more people stepped up to serve like the Groucho’s Deli team.

The next time you’re considering what to eat, remember that buying a sandwich at Groucho’s Deli buys more than just your next meal–it buys another helping of community support. 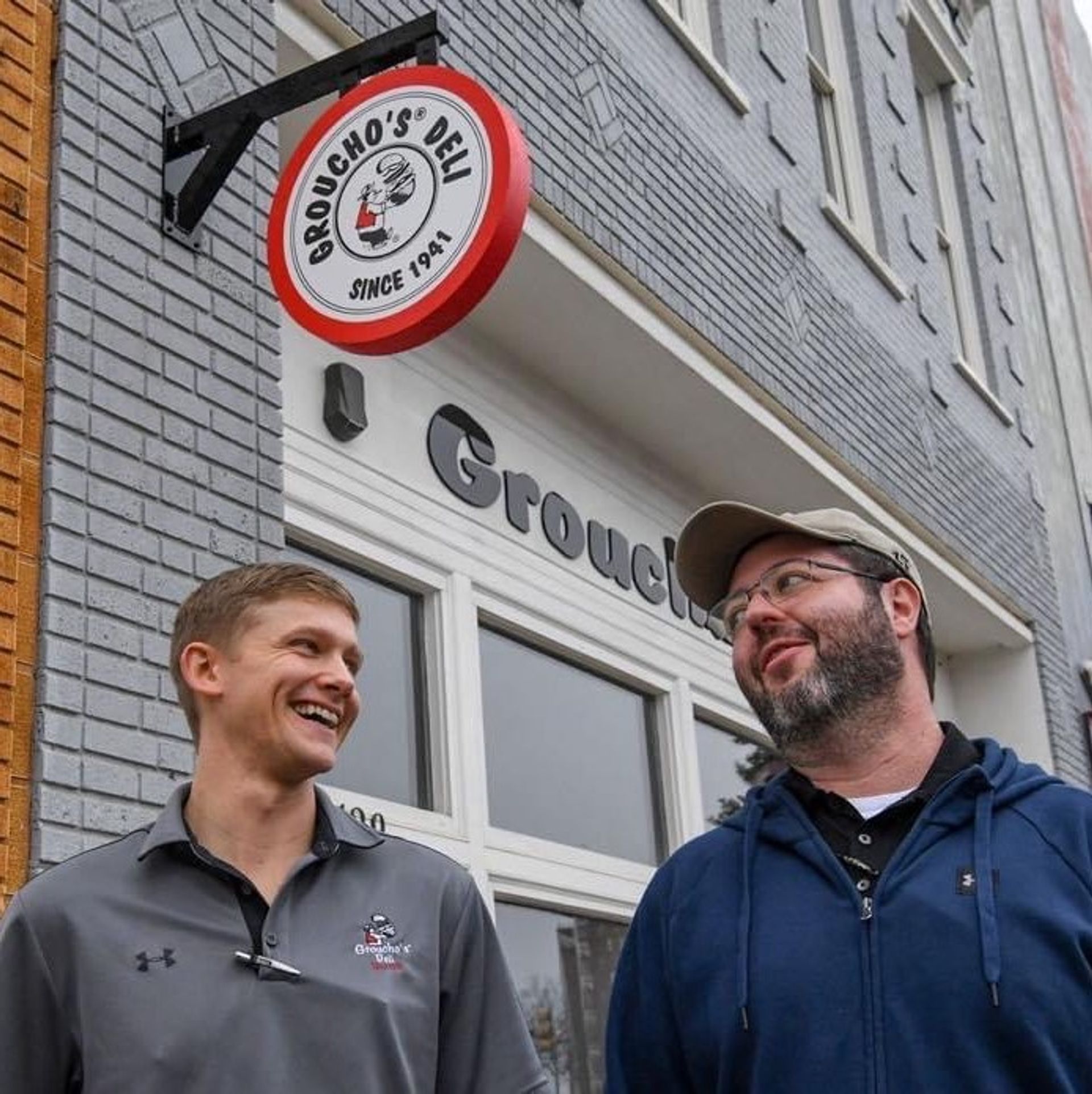